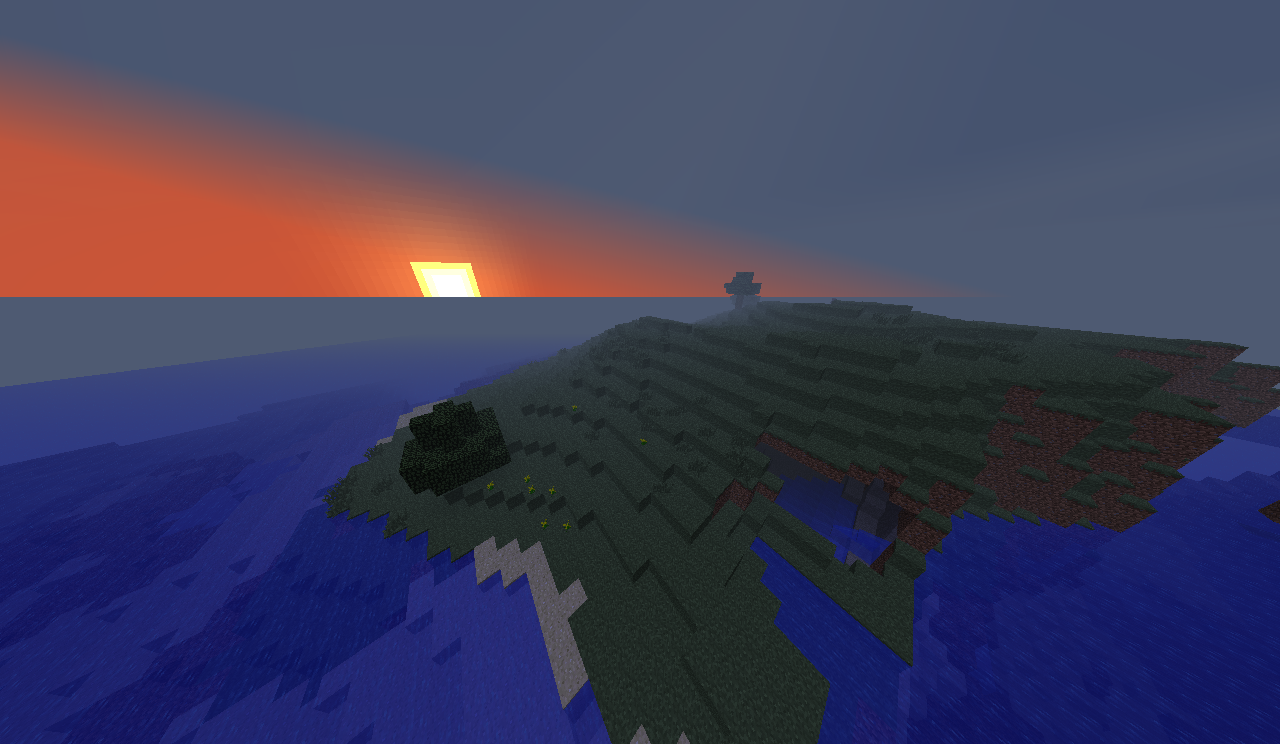 [[WARNING! LARGE BIOMES ONLY!]]
This world spawns you in an Ocean Biome, in a cluster of islands the formed somewhat like the Extreme Hills Biomes. This is great if you want to build on an island or make a survival island map. 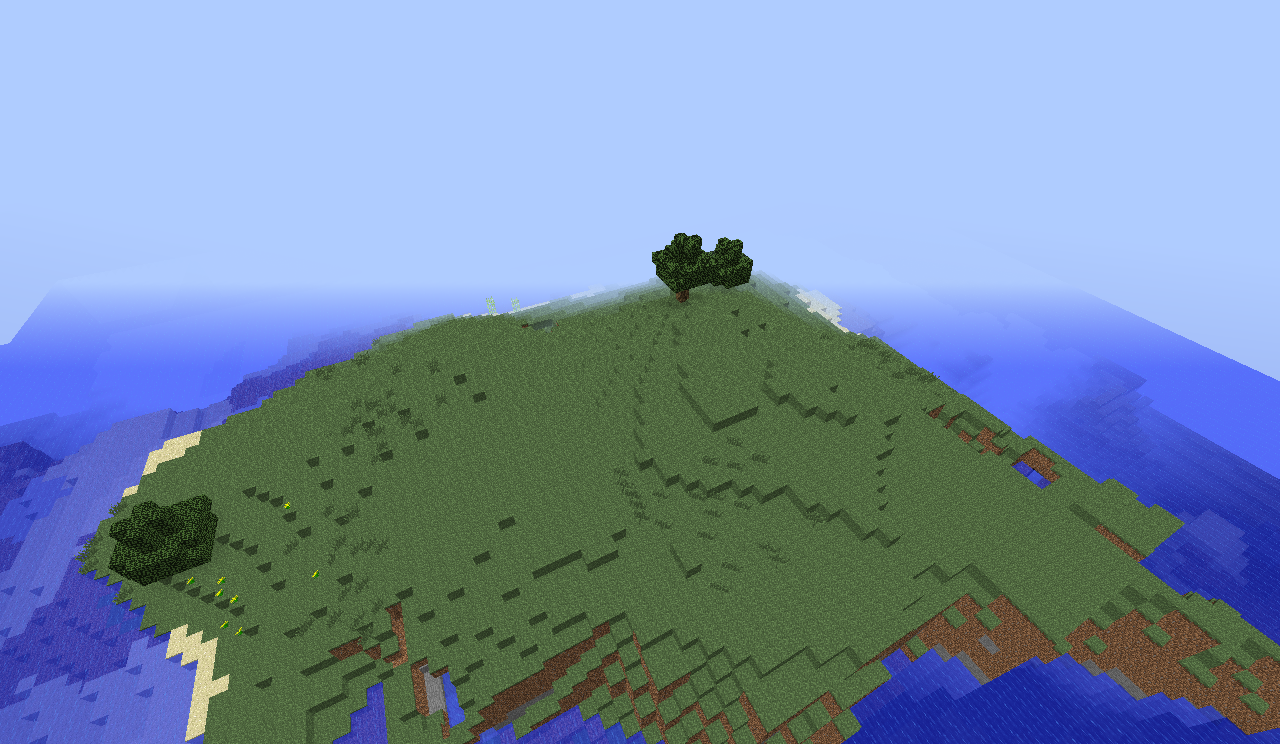 The main island you spawn on, has a tunnel cave that goes under and back up, it has 3 trees, 5 blocks of sugar cane, some yellow flowers, and some interesting formations on the other side from where you spawn. Also, there's a strange floating piece of rock between the second and the first islands. 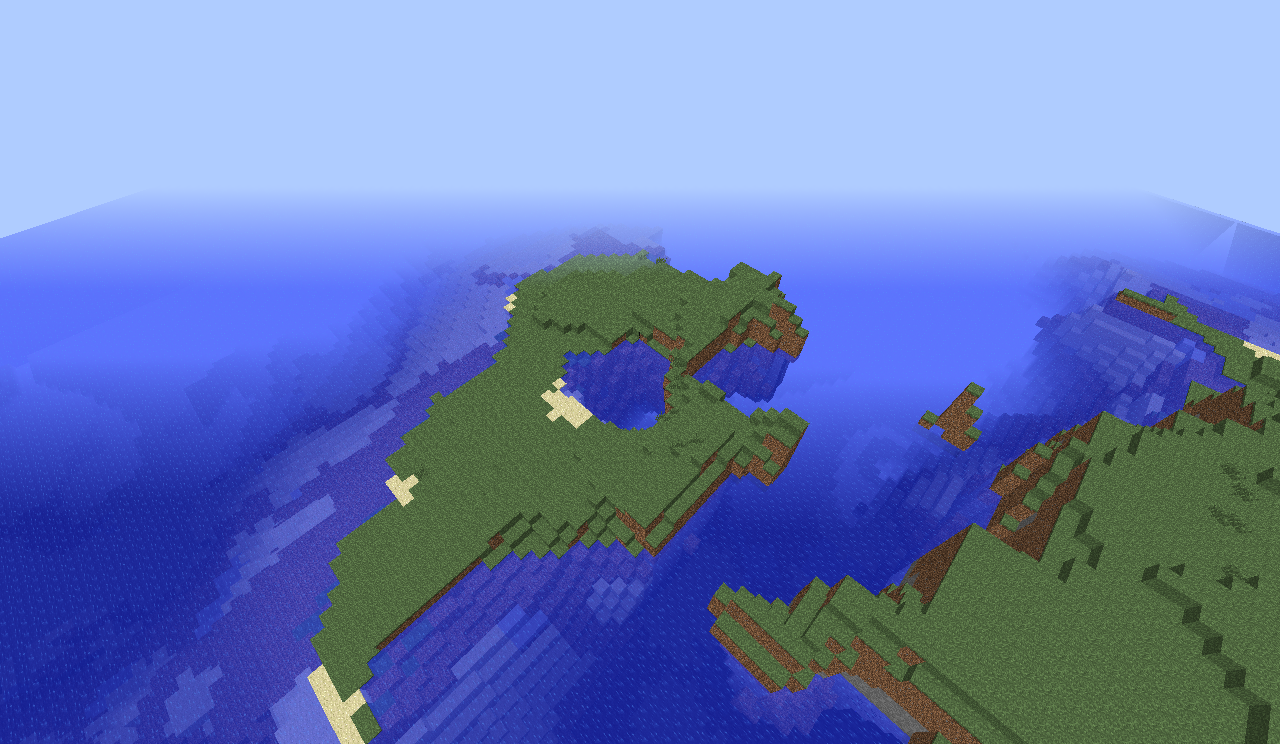 The second island, it is nothing special except that it has a hole in the middle of the island. 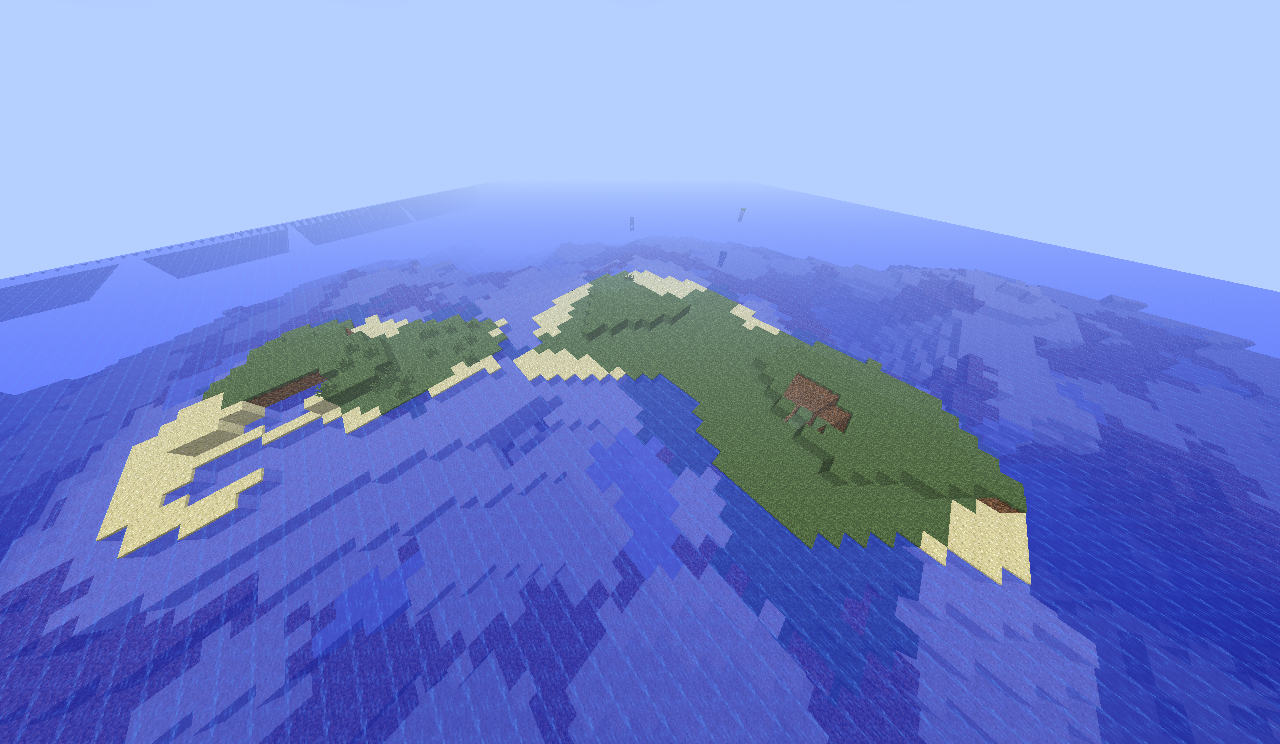 The third island, nothing special except a cave opening and a strange hole in the ocean's floor. 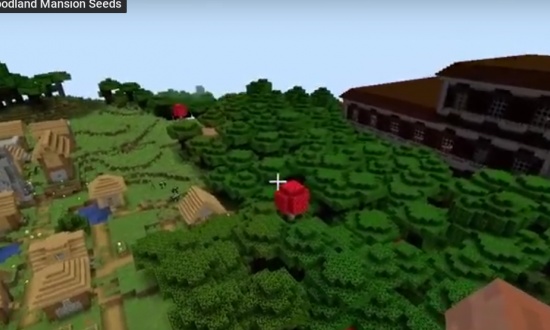 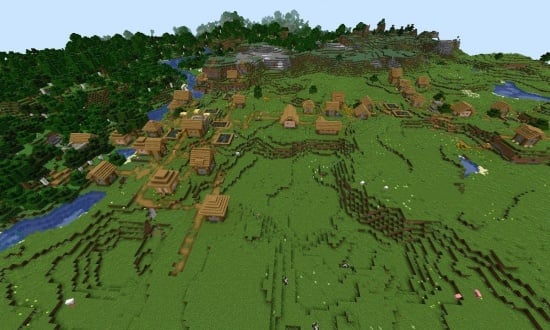 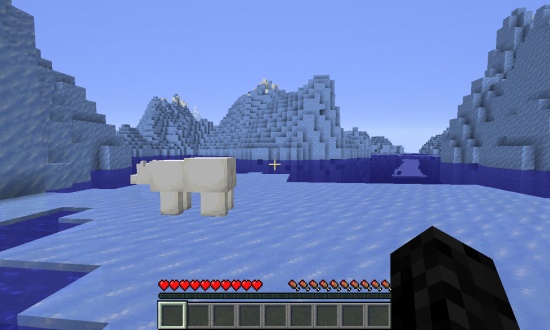 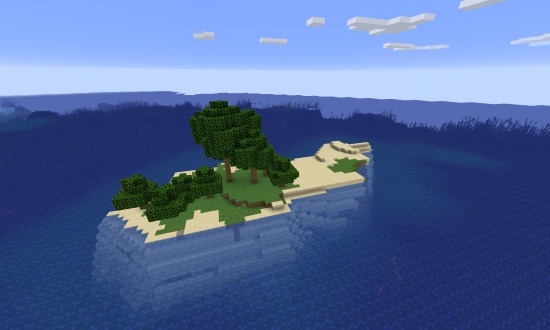 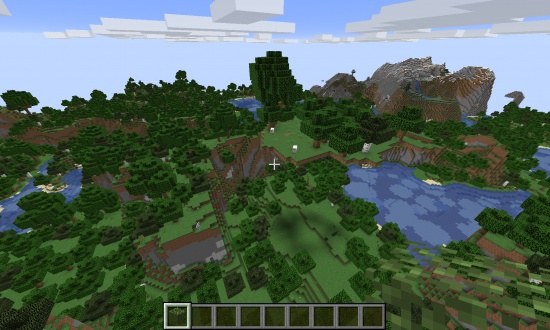 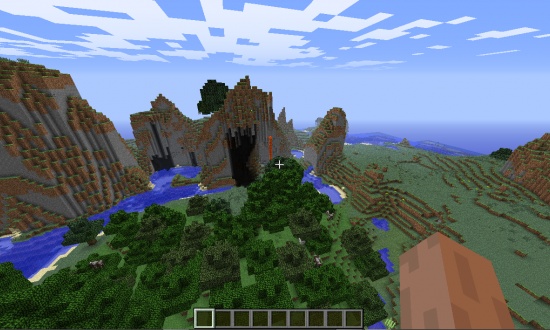 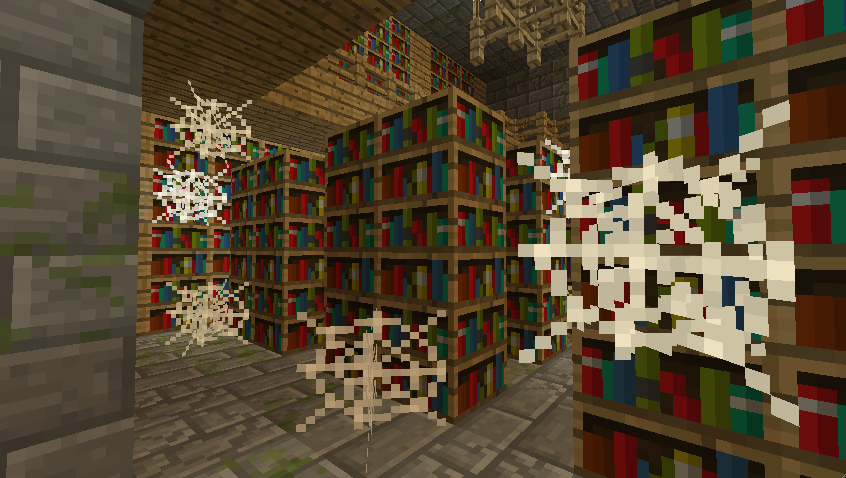 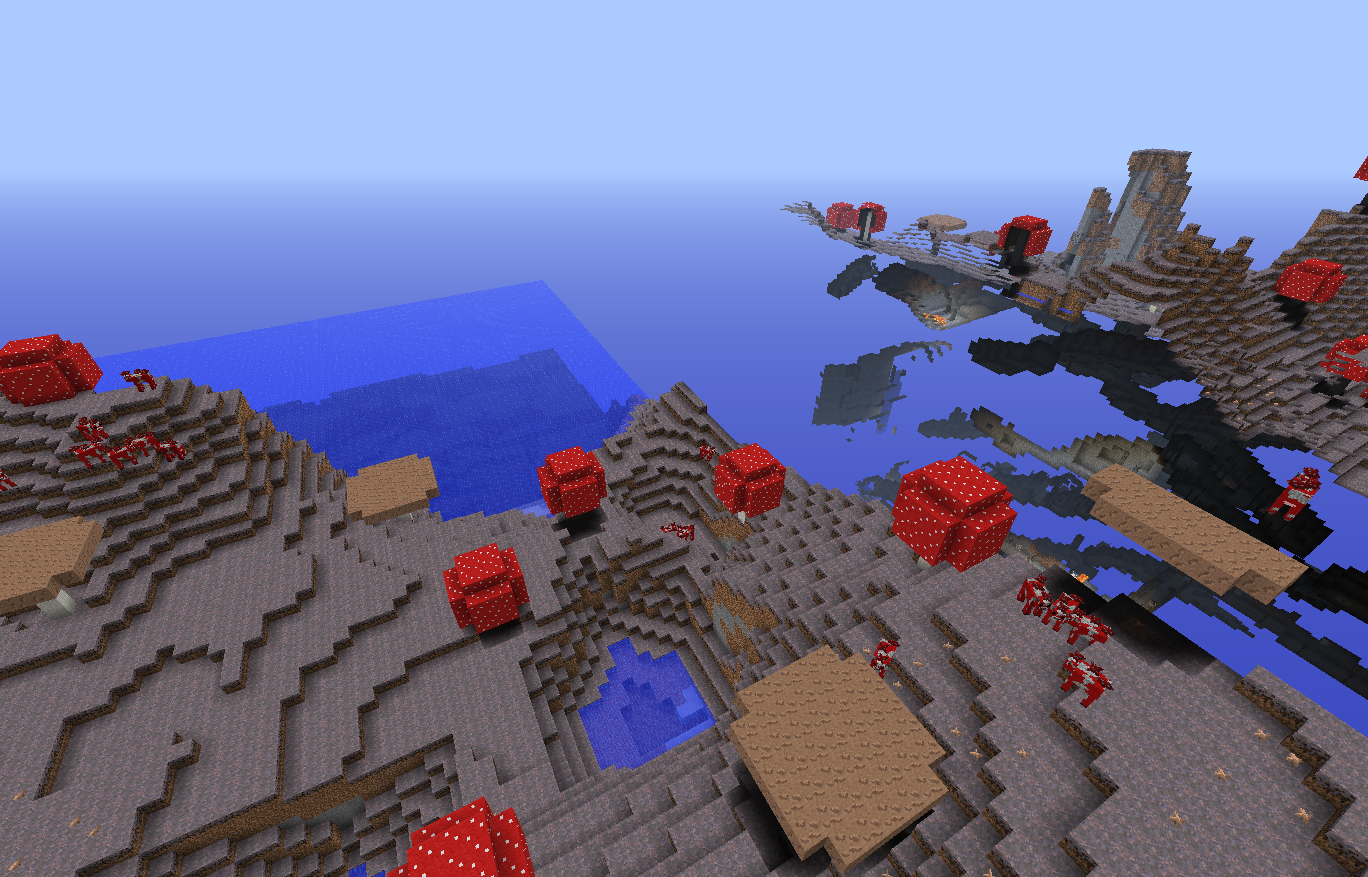