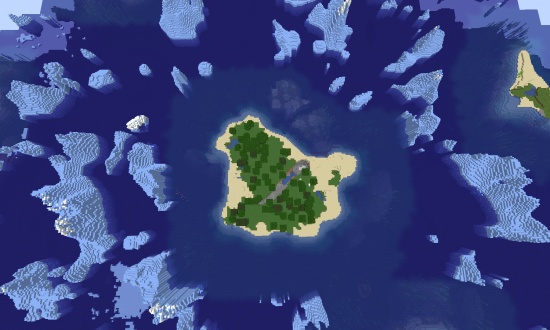 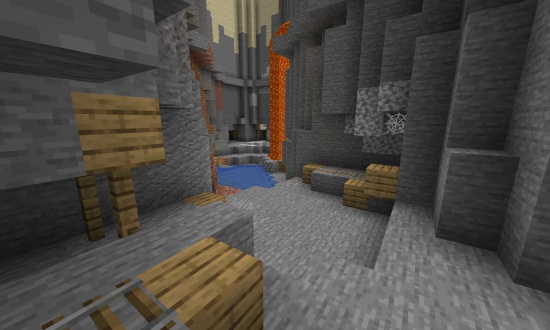 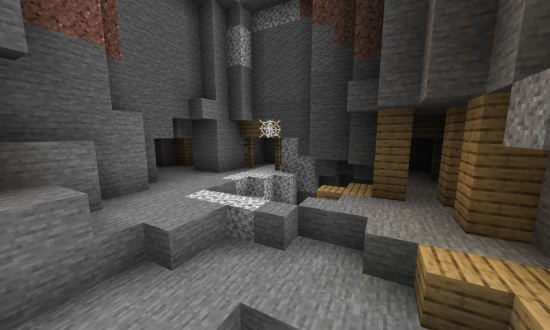 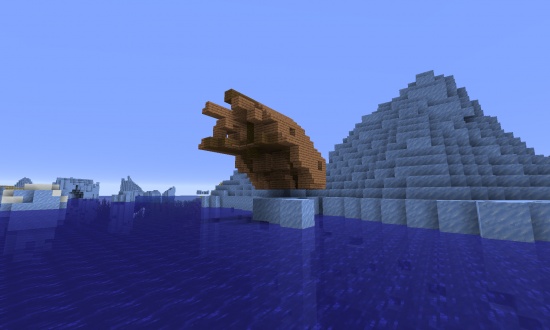 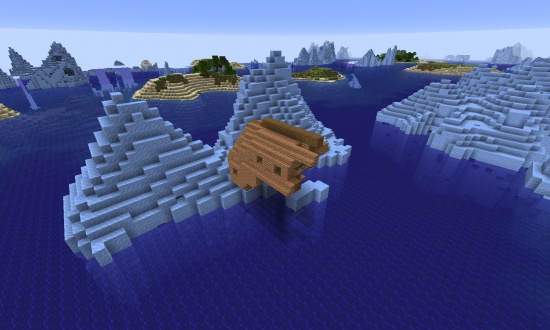 You spawn on a reasonably large island surrounded by ice spikes/burgs, venturing a bit into the island you can find a ravine with a mineshaft. There is also a ship wreck wedged in between two ice burgs, with a couple chests. Ravine with multiple entrances to mine shafts. 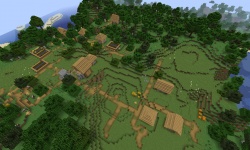 Large plains village on a island, has a cartographer, multiple farms, and a lot of hay. 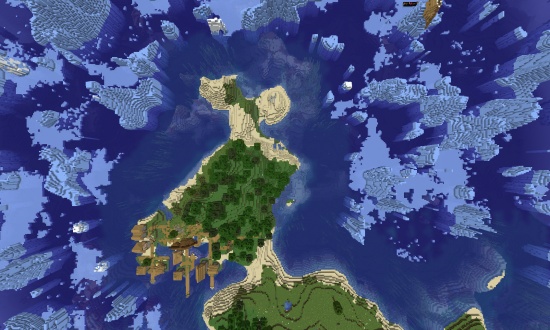 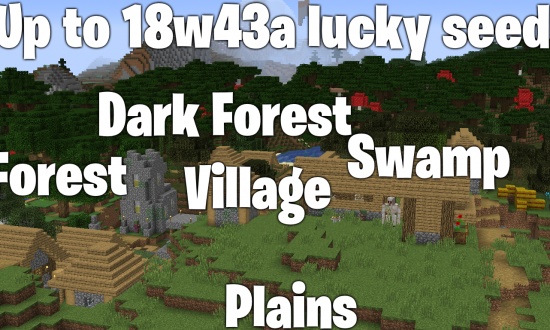 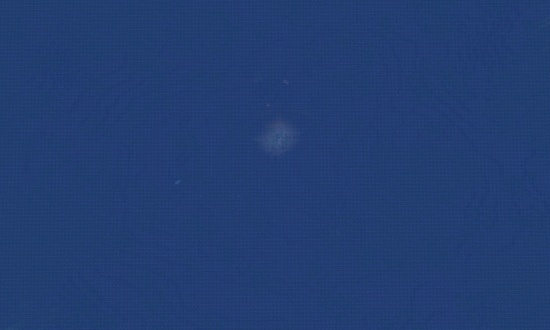