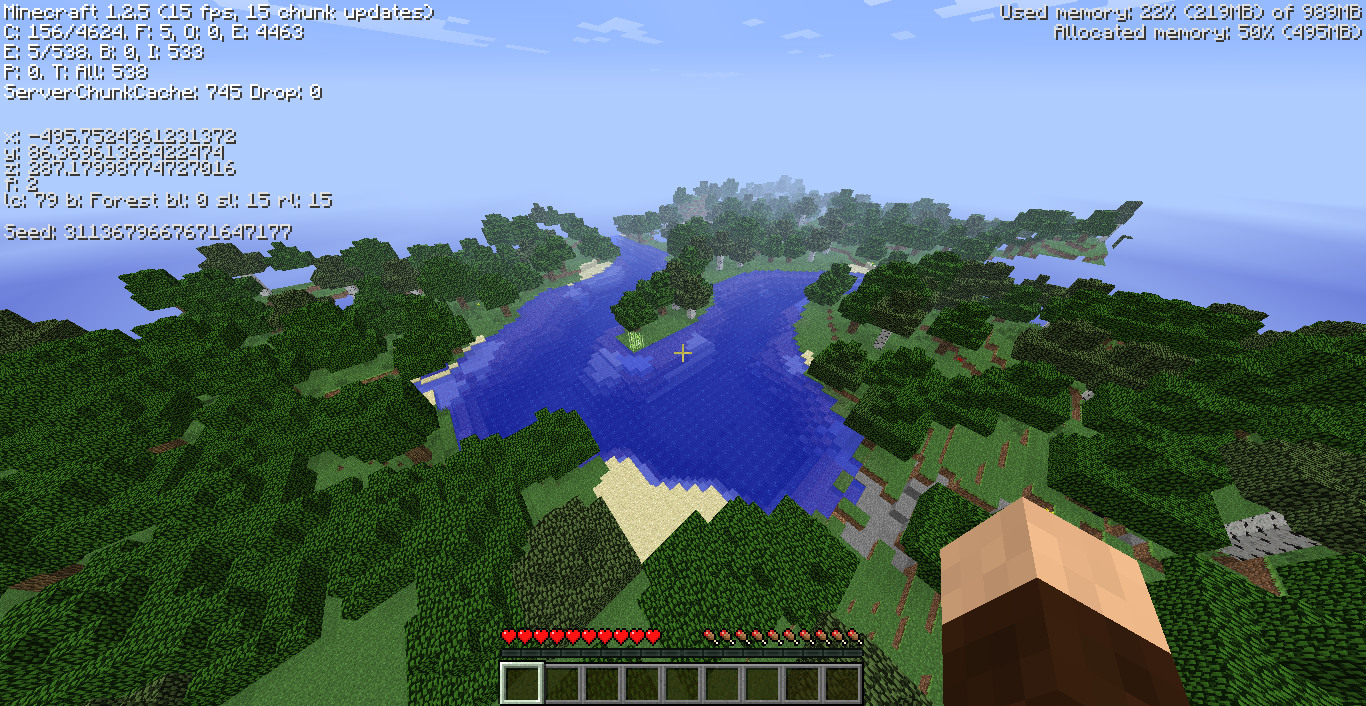 Starting off at the shoreline of a river to the right is a fairly modest jungle, while on the other side of the river is a small portion of the edge of the jungle connecting to a Tiaga containing Wolves, Ocelots have also been sighted in the jungle area. A little up the river within sight of the spawn is a swamplind There are some modest extreme hills further out, and the spawnpoint's river stretches out both ways for a long while. What is most impressive about this seed is a honeycombed cave system with impressive ravines. 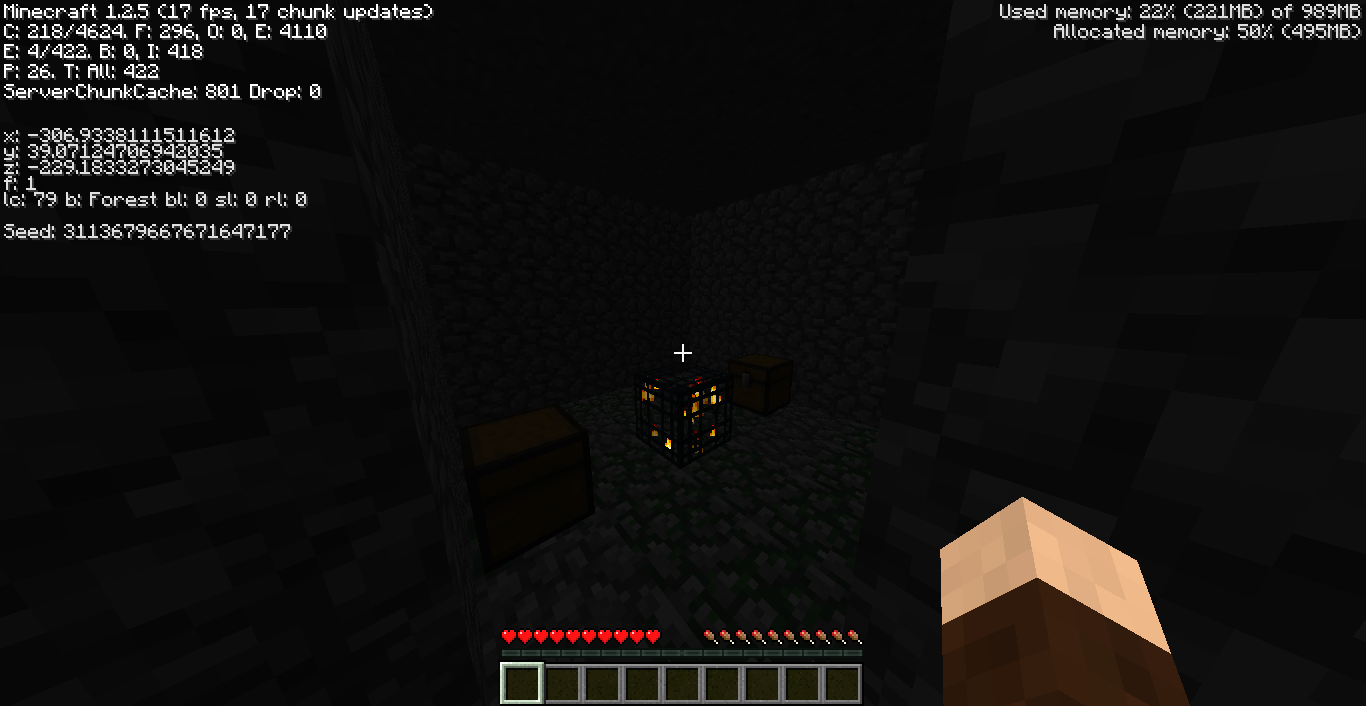 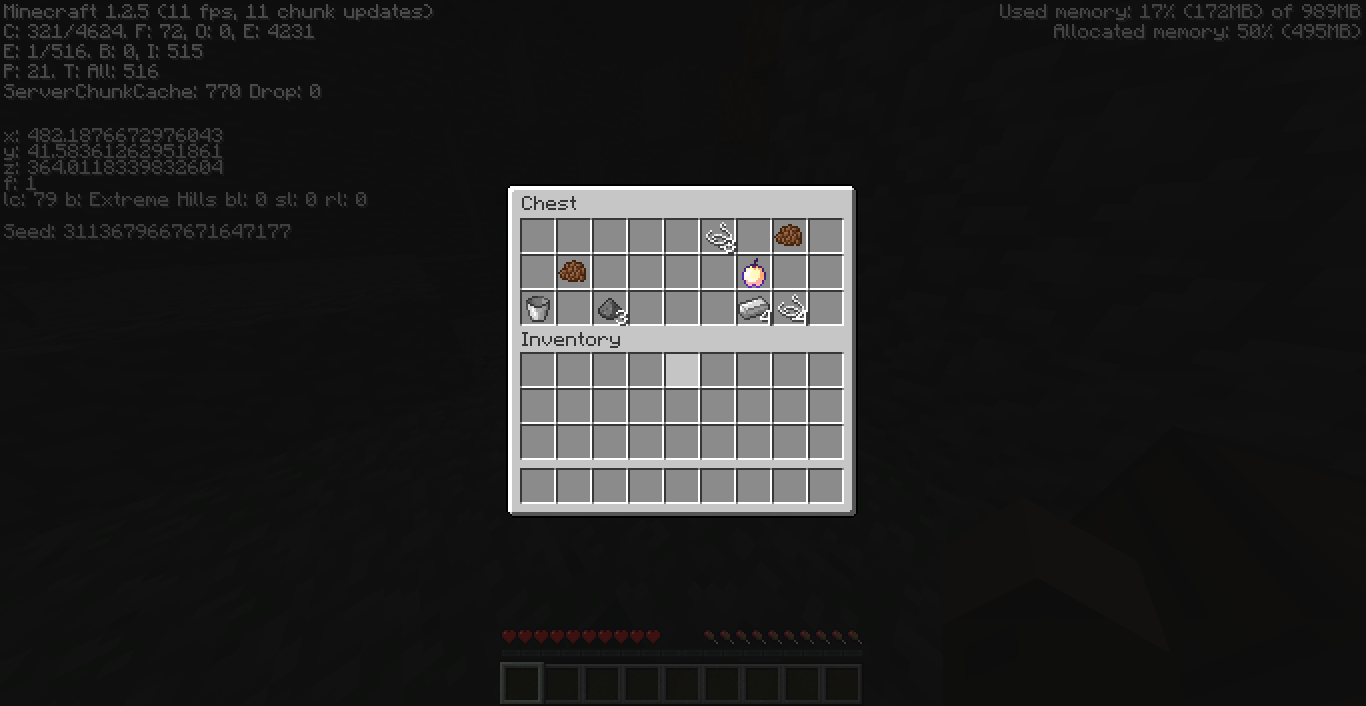 Zombie spawner with two chests one containing a Golden Apple. 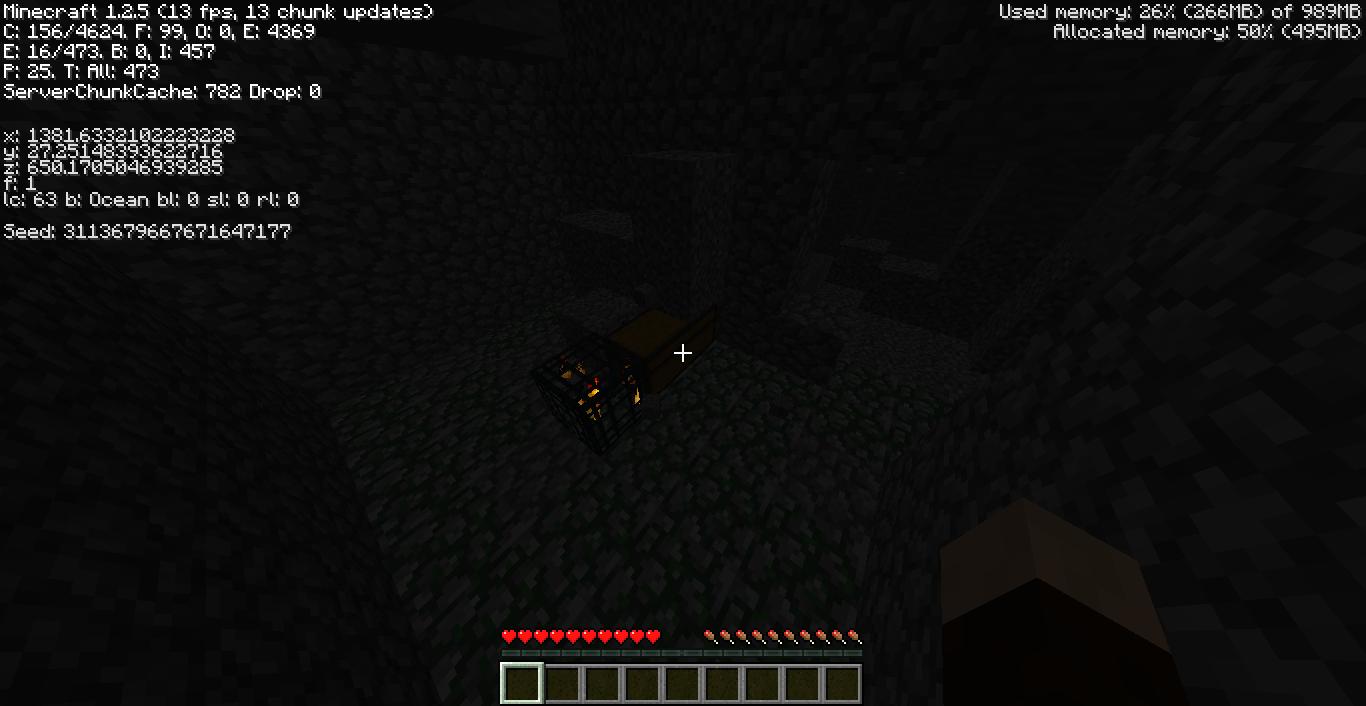 Another spawner, with two chests together, careful of the gravel. 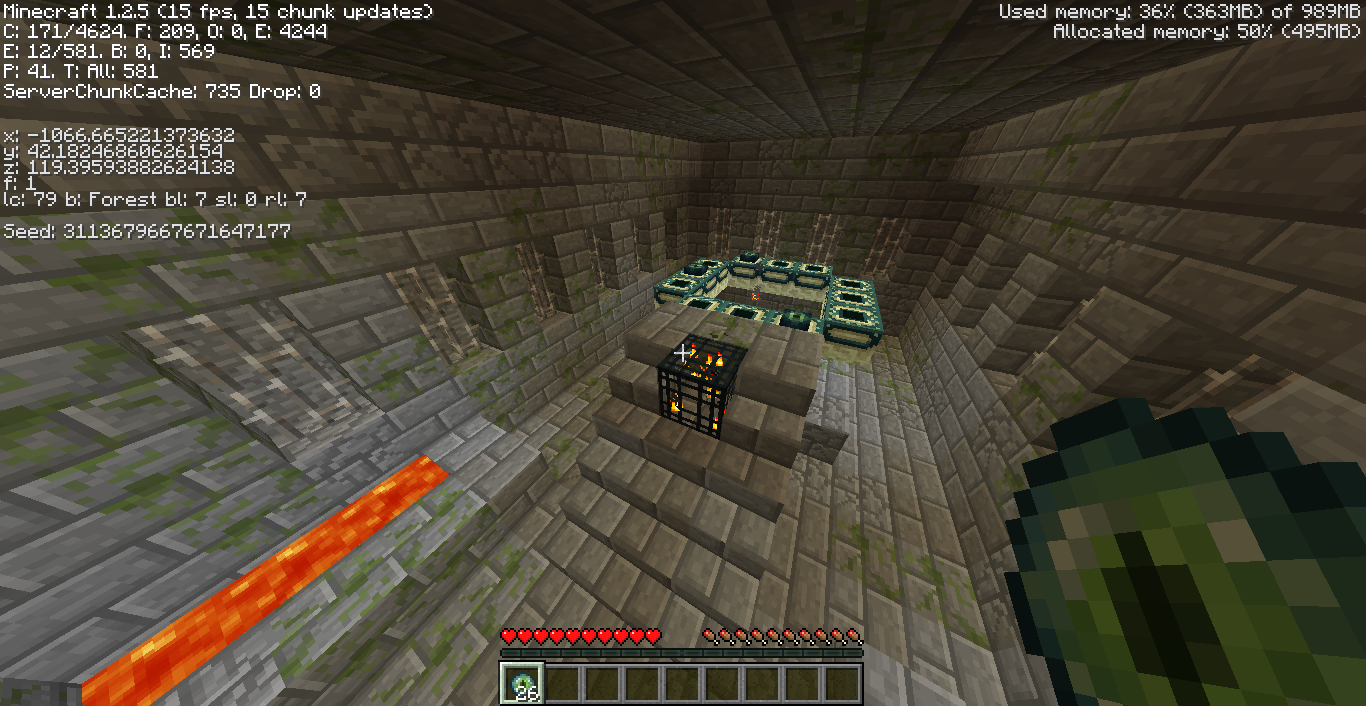 One underground fortress with a library and many passageways.