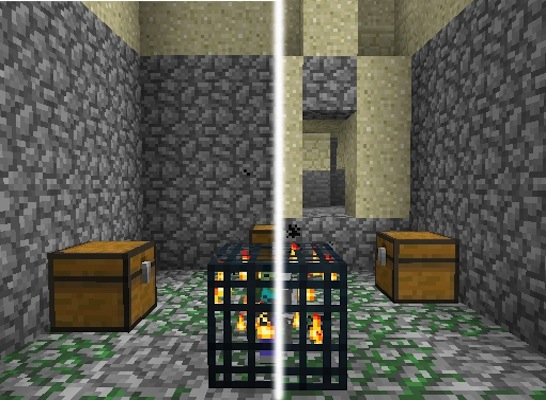 This is an interesting seed with two near-surface dungeons with zombie/skeleton spawners, as well as a nice variety of surrounding environments.
From the spawn (Which is in a jungle), turn around and walk a bit. You should see a large desert. Walk out into that, the dungeons are in that desert, close to the forest to the left. The zombie dungeon is closest, then the skeleton dungeon, and then a bit further on is a field of stone and a small cave in that "field". The environments near the dungeons are desert (duh), forest, extreme hills, and jungle. 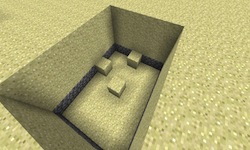 The exact location of the zombie spawner. (It's caved in, just dig it out.) 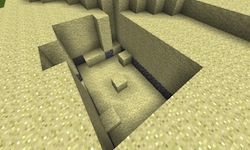 The exact location of the skeleton spawner. (Again, it's caved in, so just dig it out. Also, be careful- There's a decently large cave adjacent to the dungeon, might want to light that up a bit before doing anything with the spawner.) 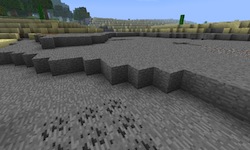 This is a point in the field of stone, where you'll find some exposed coal and (obviously) lots of stone for building. There's even a little patch of exposed iron, so this is a great place to get some starting materials.

Its a good seed for beginning minecraft

Just gonna say somthing, there is actually a spider spawner underground near the exposed smooth stone close to the forest,
X -300 Y 49 Z 307