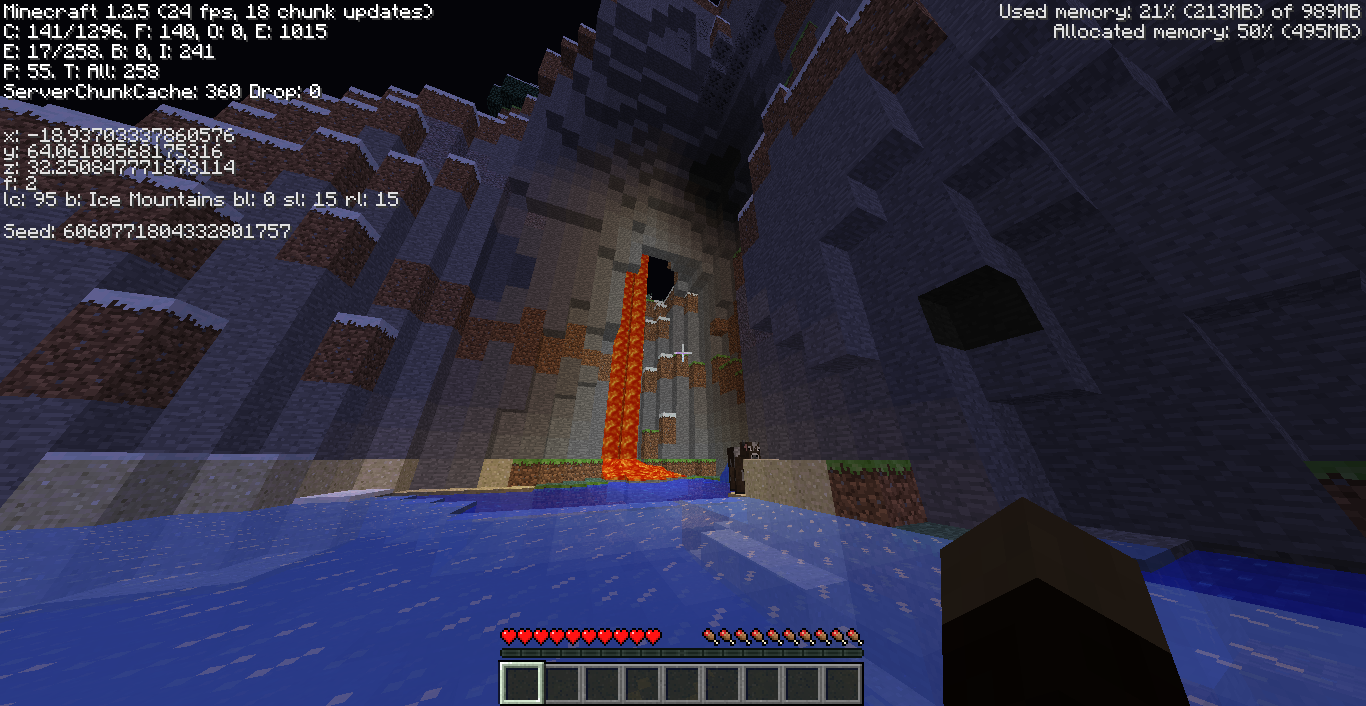 Starting off you will see snow, and continue to see snow for quite a while in any direction, Although just to your left as you spawn you will see a "lavafall". However the most interesting thing about this one is the double dungeon hidden away in its own cave beneath the ocean. Very unusual indeed! :) Close to the spawn is a underground mine with a dungeon. 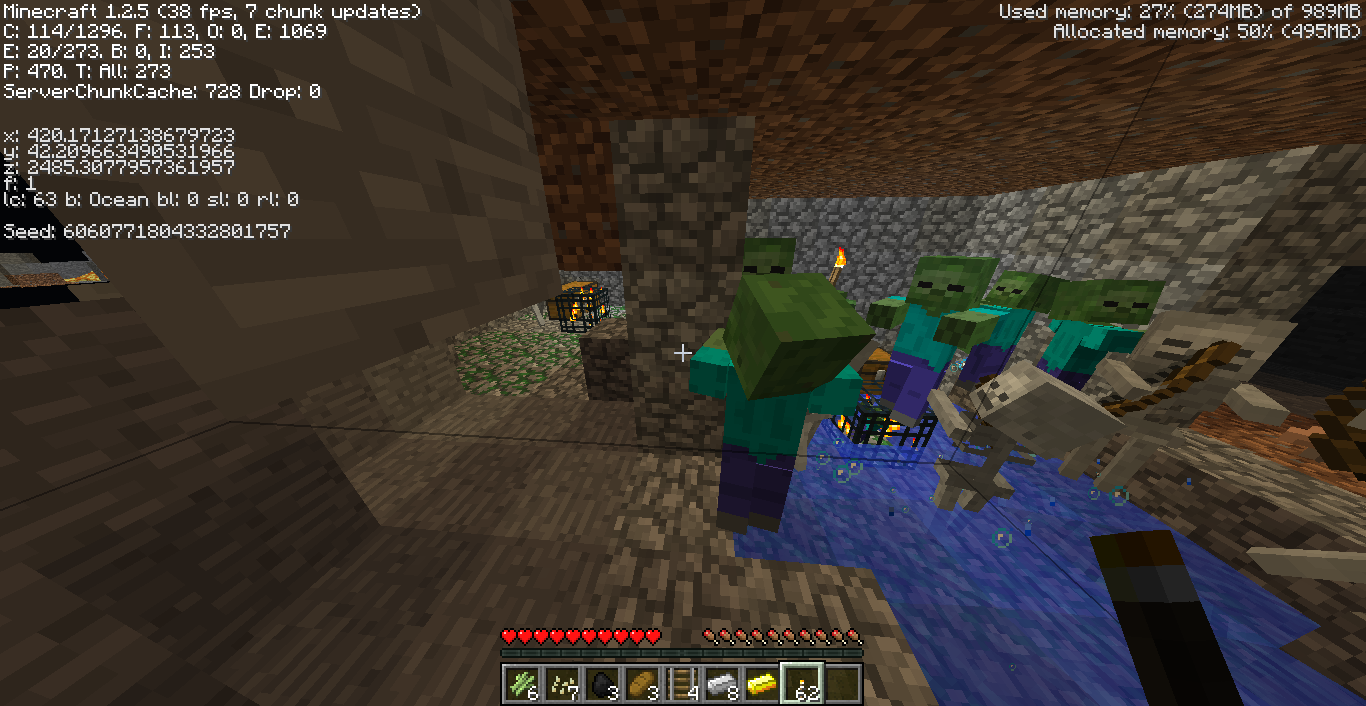 Double Spawner :D
Has both skeleton and zombie, 4 chests with usual stuff, but two right next to each other! :)

Great for Mob Grinder, Left the computer alone for 15 minutes can back and single player was lagging! To many mobs in one place, lol 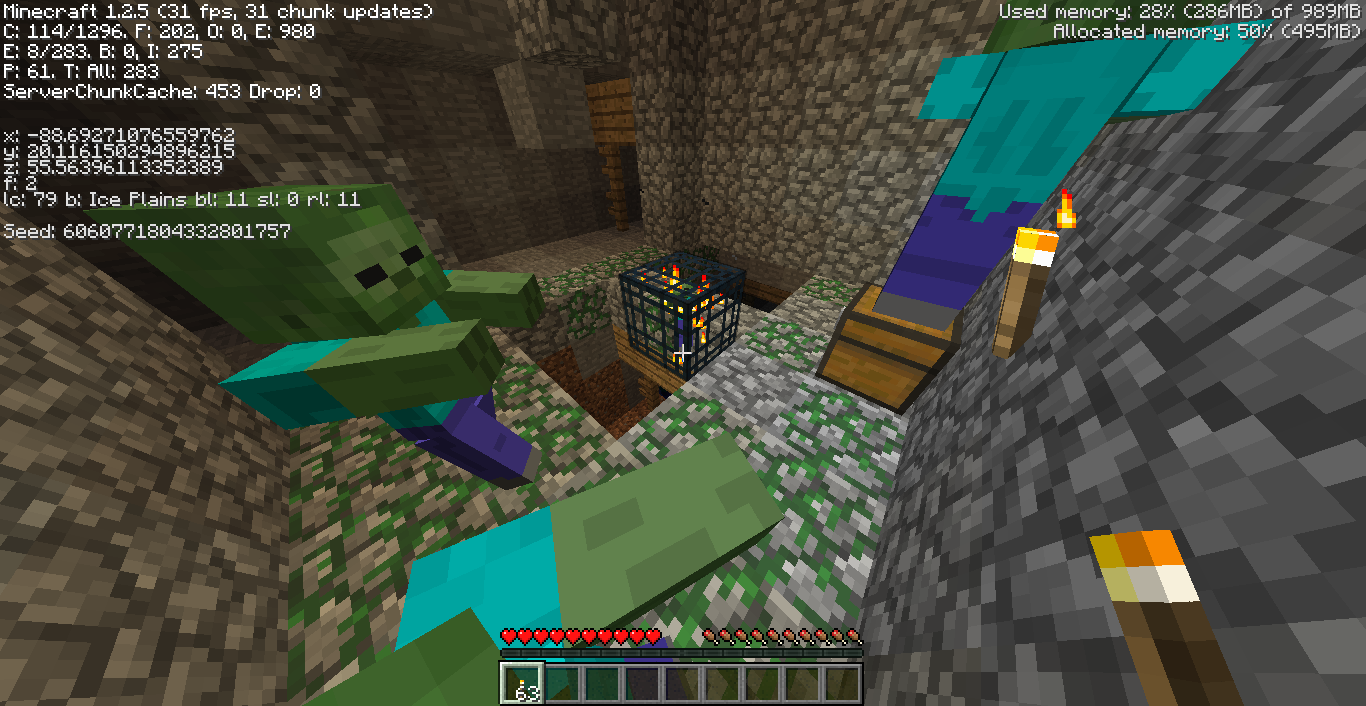 This is the dungeon near the spawn, it is attached to the mine system, it is missing part of its floor. Access can be made from that floor or naturally found on the same floor. 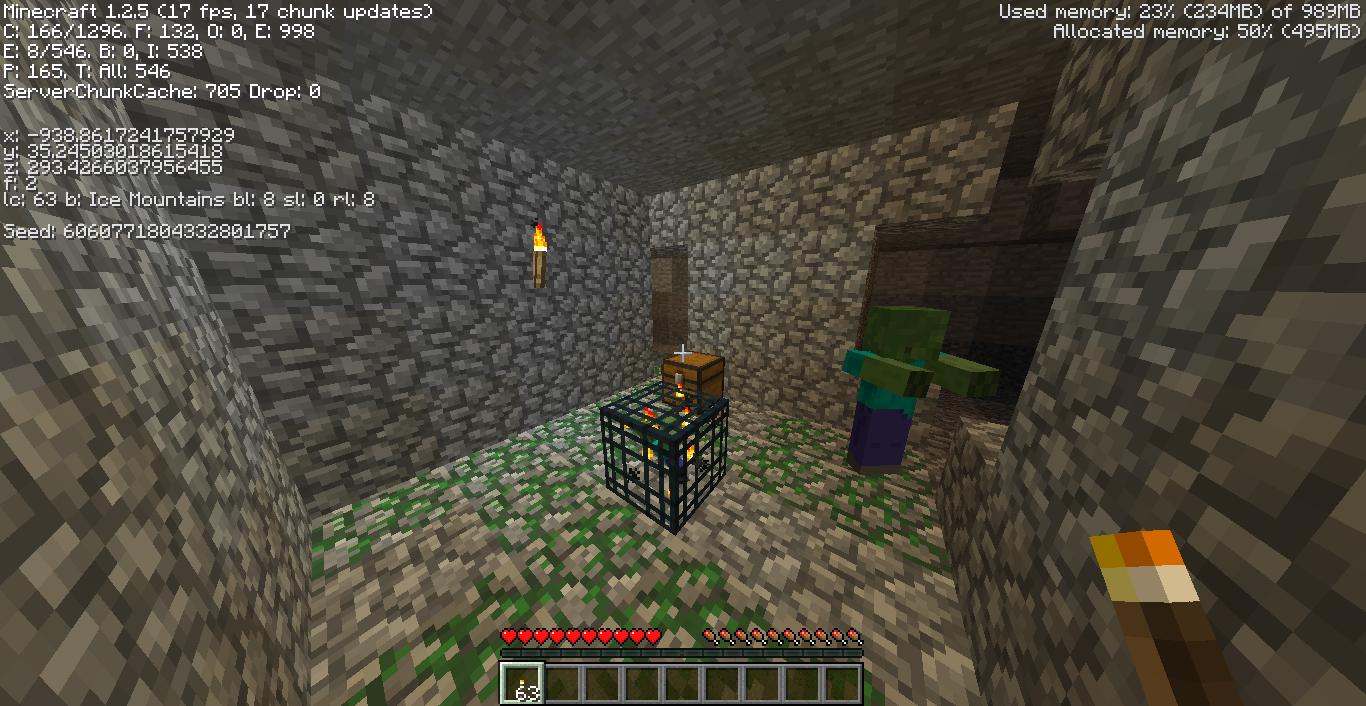 Dungeon with zombie spawner, quite close to The End portal has (well had for me) the C418 - 13 disk in it. 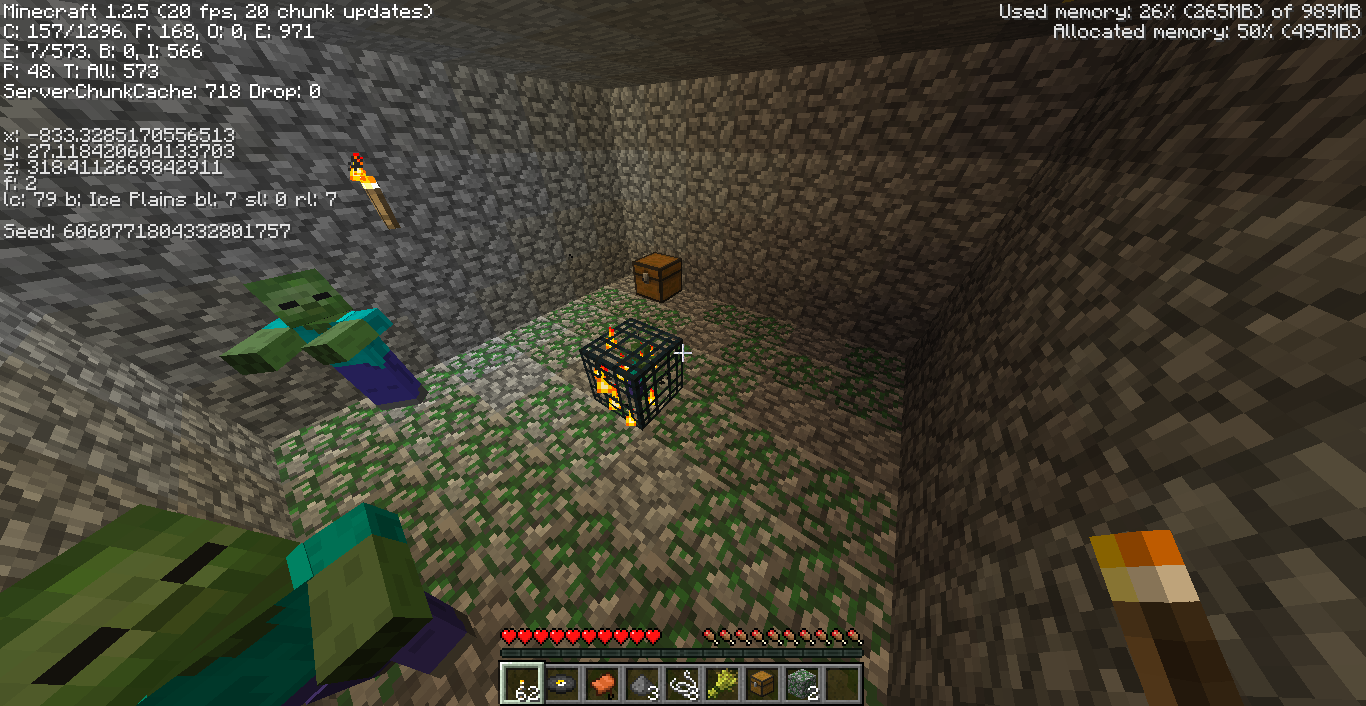 Another zombie spawner close to the previous one.

im gonna try this out