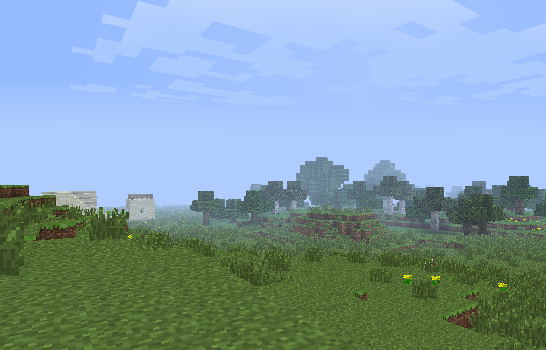 Nice Quiet Seed with easily accessible resources. Abundance of trees, stone, and other essentials. Perfect for the newer minecrafters. Ready made house just blocks away from spawn, as many animals as the eye can see, even a farm already up and running for the player. Personally, I love this seed. Large caverns twisting their way through the underground. There is also above ground (small walk through tunnel very wide, to bright to spawn many mobs) coal and iron deposits within a small walk from the village. 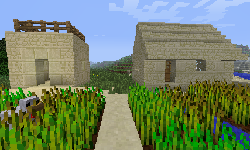 A small Desert village, with a mid- sized working farm. 1 large sandstone house and one smaller hut without a door. This village spawns just 3 villagers so is a great place to take over and use as the player's own, but is also helpful to see what each villager trades before deciding on whether to get rid of them or keep them to trade with. There is a nice flat space outside of the village which is good for creative and mining expeditions. (Coordinates are for right in the center of the village.) 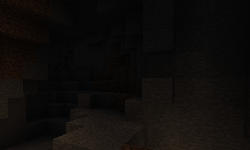 Large Caverns under the flat plain next to the Village. Abundant in diamond and redstone from what I have seen. Be sure to bring enough torches (as you can see I did not), also be careful of the lava looming around every corner. I would also recommend bringing some material that wouldn't naturally be found underground like oddly colored wool, because somewhere in these caverns from what I've found in earlier trips is a very large extensive abandoned mine with lots of chests and spider spawners.

Great starter map for new survivalists or players of Minecraft so good job.

This looks great! I'll try it out!

I tried it froze my Minecraft.
Must be too epic for my computer to stand