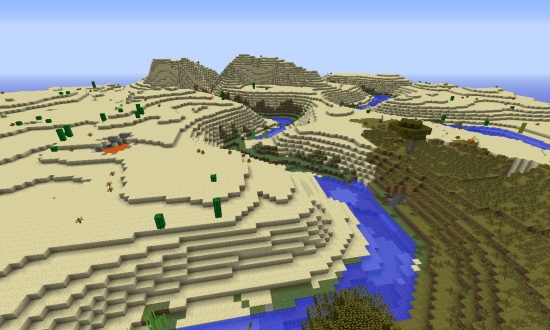 4 ravines all near spawn, and a mostly buried pyrimid visible from spawn. you spawn on or by a savanna plateau that is surrounded by alot of desert. included is a north east south west shots at max render from atop of teh plateau. I find this seed to be quite marvolous cause it is abundent of cave systems rather uncovered or covered.

Edit 1:
I would like to note that I visited the nether in this seed and it spawned me in a closed off cave near bedrock, under the sea of lava. Repeated attempts at not doing so was futile, but I hope you all have better luck then me. found two more ravines, so thar be 6 of them located near spawn. Additional cords also added.

head south from spawn to arrive at a swamp if you wanna live thar instead. head further south from here to get to swamp island
x:0
y:63
z:318 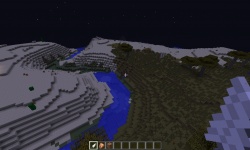 twin ravines close by, one of which run into the plateau you spawn on/by. 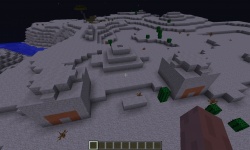 Mostly buried pyrimid and north of it is teh 4th ravine located near spawn. didn't note the loot in the chests as I don't wanna ruin the surprise. A village for your trading needs. 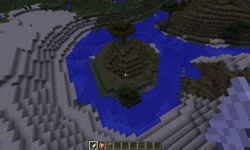 odd I found to like this island along the plateau that I spawn on. noticeable feature about this spot is the ravine underwater on its beach and a hole in the ground that leads to an abandon mineshaft at x:389 y:66 z453 and wood for your needs at x:498 y:69 z:267 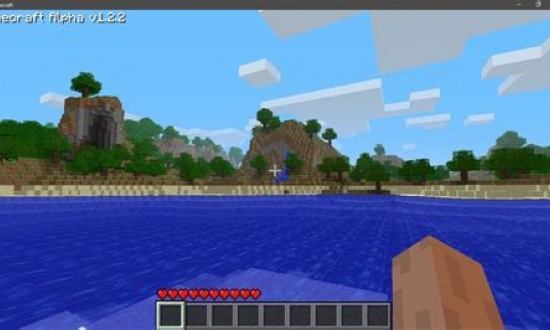 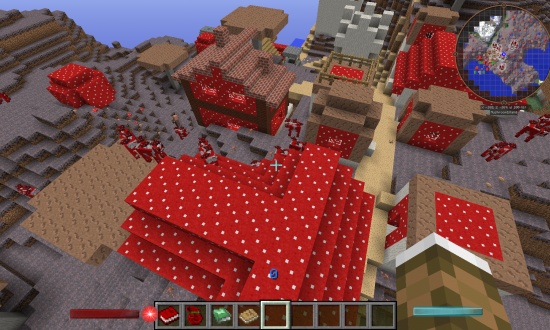 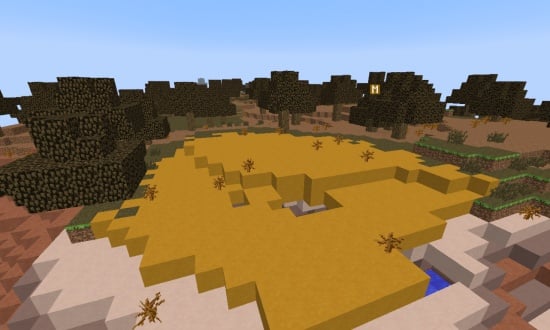 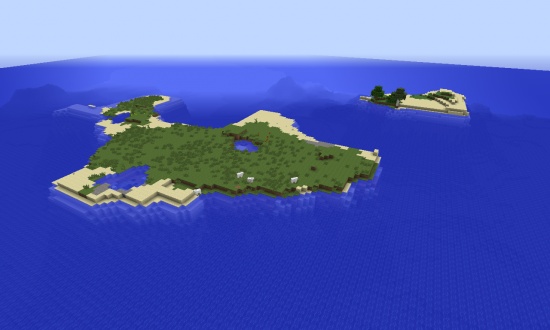 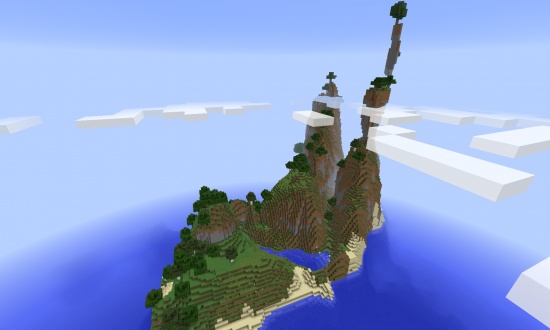 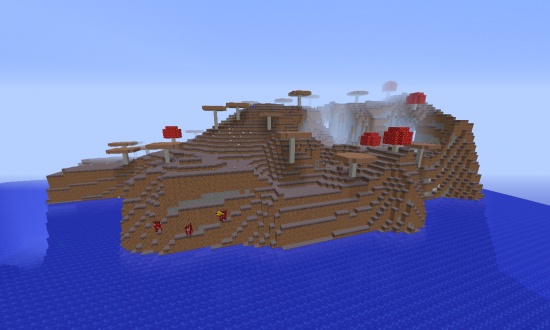 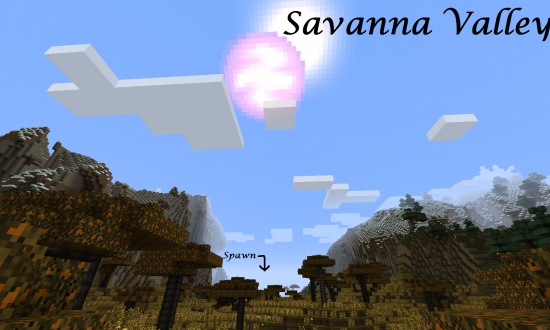